A decade in the community – Rob’s Story 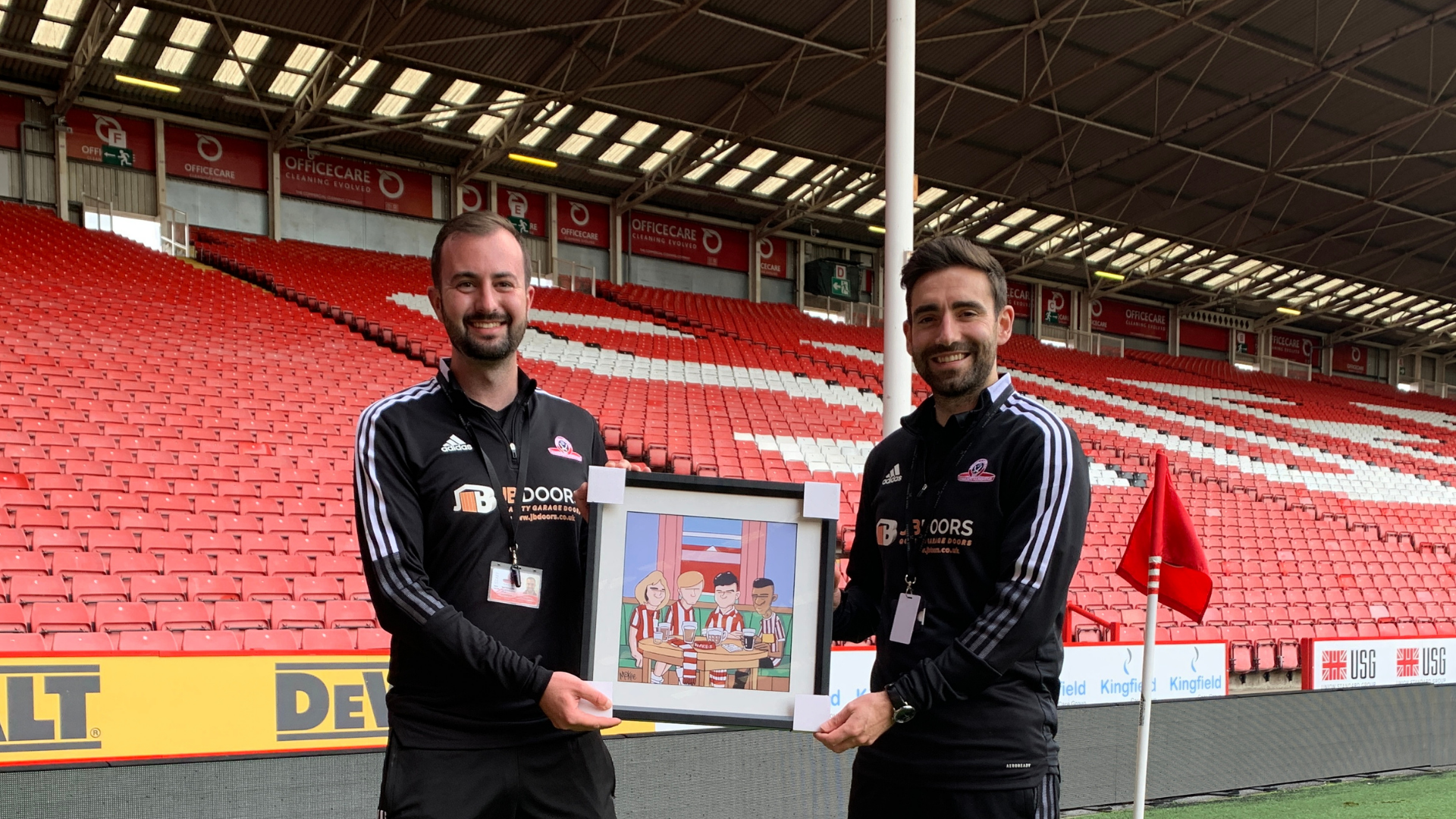 “As one of our longest serving employees, Rob has seen many changes over the past decade and has been instrumental in the Foundations development.”

After joining the Foundation on a whim back in 2010 to avoid a second year of sixth form college, Rob hasn’t looked back and is now an integral member of the Foundation Family.

Describing his time at the Community Foundation as “the best decision I have ever made”, Rob has risen through the company from joining as a Sports Coaching apprentice back in 2010 to now being an Officer of his own department.

On Rob’s journey, Chris said: “Rob is first and foremost an exceptional person, his passion for people development is second to none, and his dedication to the Foundations causes over the years is evident in the impact he has created across the city.”

“Admired by staff, supporters, and Foundation participants alike, Rob is an excellent example of what it is to be a good human being. With bundles of enthusiasm, buckets of experience and bags of talent, Rob will undoubtedly continue to have a long and successful career, and we are very proud that he is part of the Foundation Family.”

At the start of his sports coaching apprenticeship, 17-year-old Rob had no coaching experience and was very shy. Fast forward 10 years, Rob recounts some of his fondest moemories. Rob said: “I have experienced so many things I could only have dreamed of!

“Supporting Norton Primary School in back-to-back wins a Wembley Stadium in the EFL Kids Cup and being around the Club’s journey from League 1 to the Premier League.”

“Having the opportunity to give so many young children positive experiences in sports.”

“Most importantly for me though, is having the chance to work with thousands of people in Sheffield to try and improve their physical, social & mental wellbeing – encouraging them to be the best versions of themselves, whatever that might be.

On Rob’s contribution to the Community Foundation, Chris, said: “Rob is first and foremost an exceptional person, his passion for people development is second to none, and his dedication to the Foundations causes over the years is evident in the impact he has created across the city.

A thank-you to my colleagues

Sheffield United Community Foundation has, in Rob’s words, “completely changed my life and helped make me the person I am today.” Through his journey with us, Rob has made many friends and would like to thank a few of them that have helped him along his journey.

“I would like to thank Mark Todd, although he is no longer with the Foundation, gave me a chance and without him, I wouldn’t be here.

“Thank you to my colleagues, Chris Bailey, Katie Glossop, Vicki Wilson, my apprentice mate Reece Littlejohn, Dave McCarthy and many more, who have been through thick and thin with me.”

“Thank you to my participants that I have had the pleasure of coaching and seeing grow up such as Matty & Katie Lee, Rio Allen, Olly Flint, Josh O’Reilly and Tom Frow.”

“To all of the school staff who I now class as friends, Jayne Putland, Kamran Khan, Sheenagh Middleton, Paige Leach and Cath Thomas, thank you.”

“The people who are now colleagues but once were participants, Charlotte Bennehan”

“And finally, and of course, thank you to the first team players who have supported many of our programmes through my time, particularly Billy Sharp.

“Billy is a true custodian of Sheffield United and a club legend.”

“The Foundation, and Chris Bailey in particular, have made me feel really valued.

“A lot of people complain about their job, and I just feel so fortunate that I am able to do what I do every day and go home with a smile on my face.”

A few final words see Chris pass on his thanks to not only Rob, but those that have worked and been a part of the Foundation’s legacy over the last 10 years. Chris said: “Without these people, and so many more, the journey wouldn’t have been anywhere near as memorable as it has been, and to all those people I have worked with over the last 10 years, from the bottom of my heart, thank you – and here’s to the next 10 years!!”