The tournament was made up of four Premier League Kicks teams. Hosts Huddersfield Town, Rotherham United, Blackburn Rovers and the Blades.

Premier League Kicks is one of the Premier Leagues flagship programmes. It gives young people the opportunity to travel, experience new things and has enabled thousands of youngsters to find routes into education, training and employment. 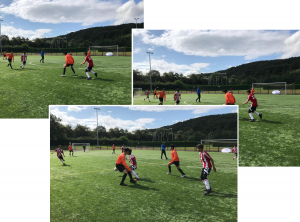