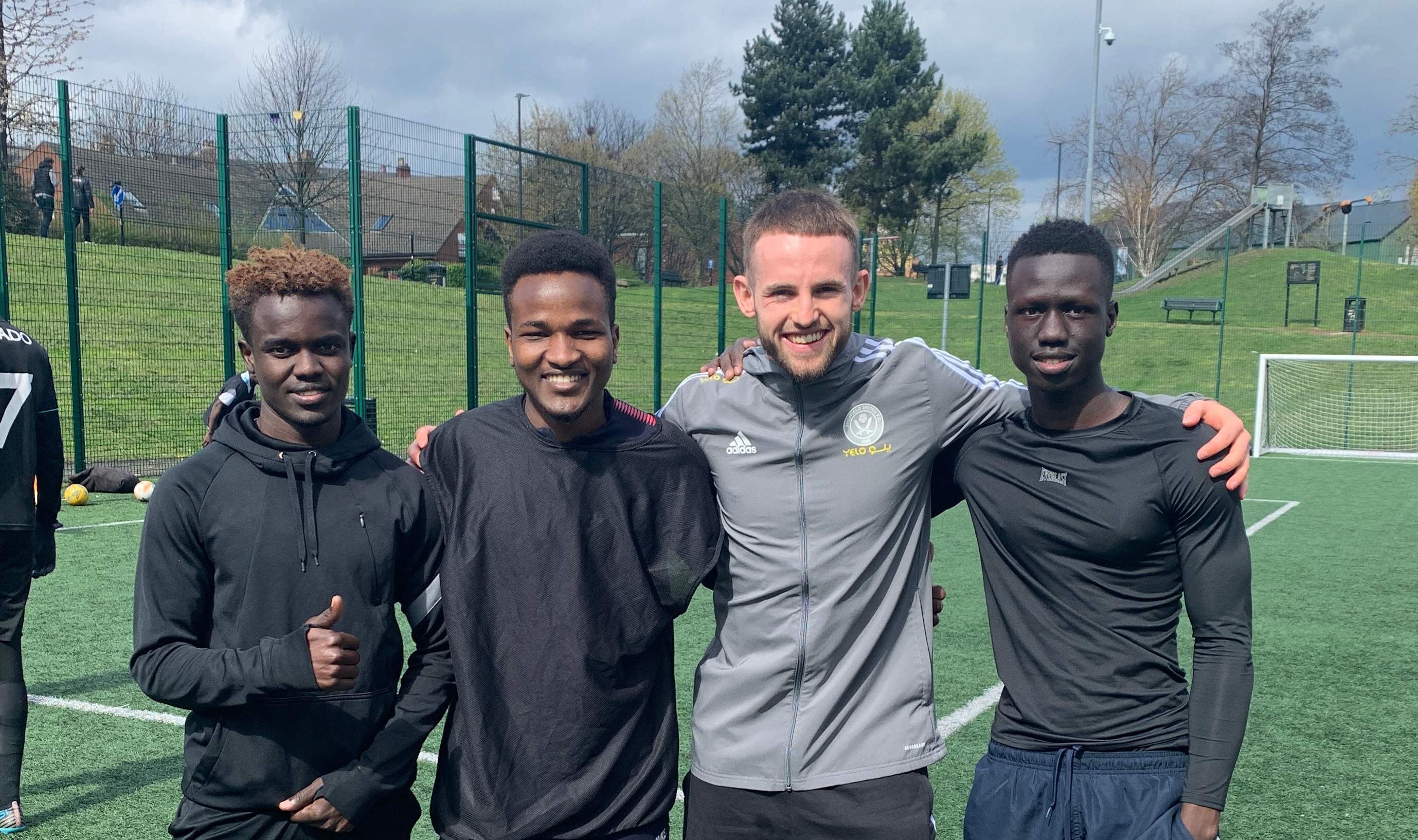 In the wake of the Ukraine crisis, Sheffield United Community Foundation shows solidarity with refugees

Now in its fifth year, Football Welcomes celebrates the contribution players from a refugee background make to the game and highlights the role football can play in bringing people together and creating more welcoming communities for refugees.

Football Welcomes comes this year during the biggest refugee crisis Europe has seen since the Second World War. Images and stories of people fleeing Ukraine have once again shown the plight of refugees, the trauma they face when fleeing conflict, and the need for countries and communities around the world to welcome them.

To mark the month, which is supported by the players of the People’s Postcode Lottery, Sheffield United Community Foundation have been running weekly tournaments during our Welcome Through Football sessions. This past week, the participants were joined by Sheffield United and Wales international footballer Rhys Norrington-Davies.

Charles, a volunteer turned coach with the Foundation, sees Welcome Through Football as a massive influence on his life:

“The programme has helped me improve my English and put me on the path to build a career in football. When I first started here, I worked along with 15 clients on our Belonging group for refugees and asylum seekers. Thanks to Welcome Through Football, I have been able to make many friends and keep active in the community.” 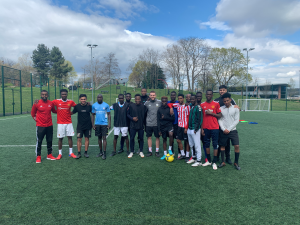 Sheffield United Community Foundation is one of many clubs from across the Premier League, English Football League, FA Women’s Super League, Championship and National League, Cymru North and South, and grassroots teams that have signed up to take part in Football Welcomes.

Some clubs offer training sessions, arrange a match or Soccercise classes for refugees. Others incorporate learning about refugee rights in their work with schools, have first team players warming up in Football Welcomes t-shirts and help to raise awareness online.

“The current refugee crisis in Ukraine shines a light on the importance of welcoming refugees wherever they’re from, whether it’s Ukraine, Afghanistan, Eritrea or elsewhere. Football Welcomes is a great initiative to do this.

“It’s heartening to see clubs like Sheffield United Community Foundation using football as a powerful force for good, bringing people together and a providing a sense of belonging.

“With the support from the players of the People’s Postcode Lottery, Amnesty will continue to welcome refugees alongside football clubs across the country to show there is more that unites us than divides us.”