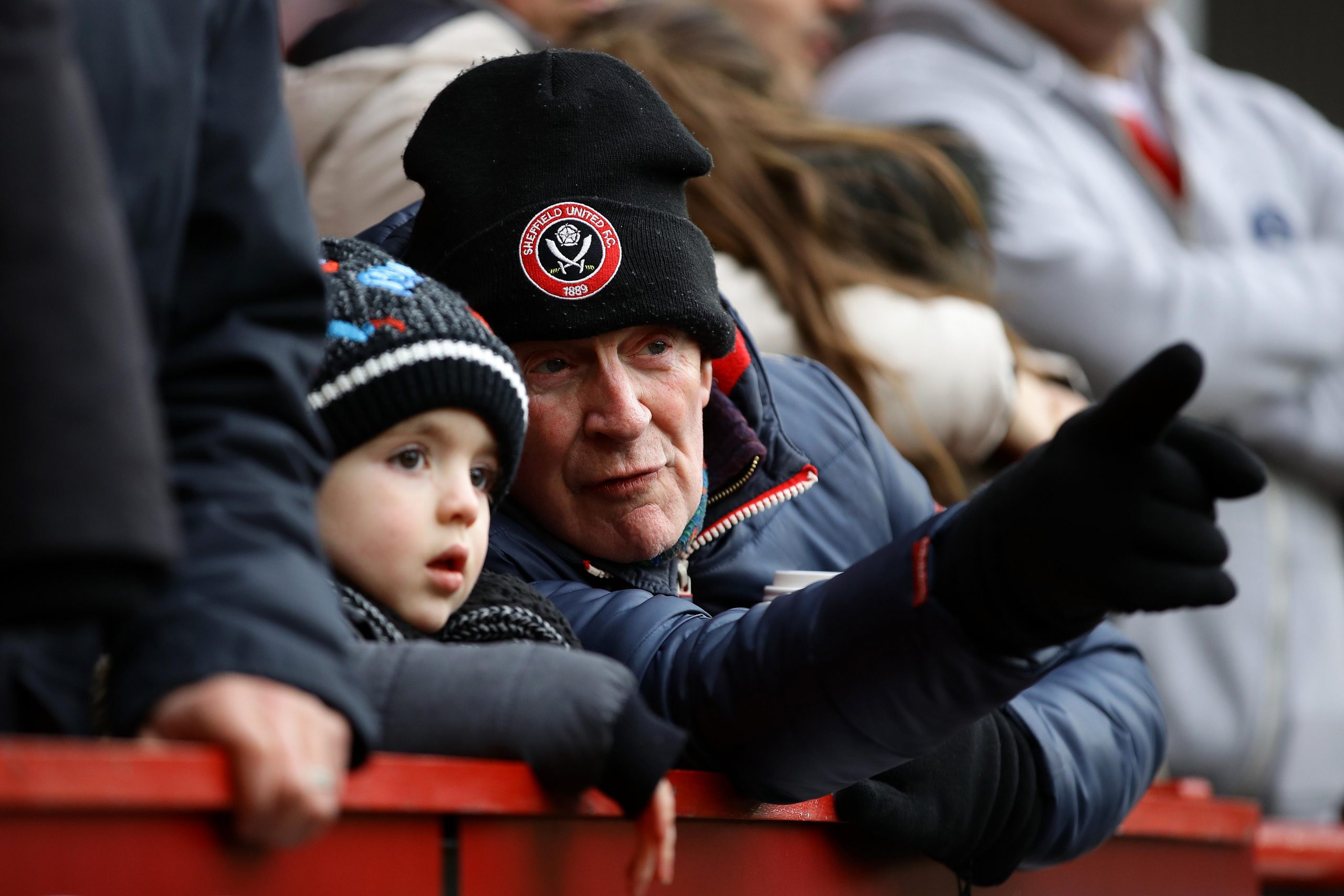 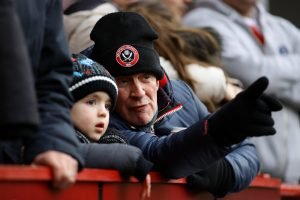 Today, we celebrate the international day of older persons. This year the UN want to recognise the elderly in society most effected by the global pandemic, similarly here at Sheffield United Community Foundation we wish to support as many of the community aged 65+ as we possibly can through our Fans FC Care Packages, Online Support Systems, Ending Forever Isolation project and much more. We also think it’s important to recognise why we support these wonderful people, so today we’d like to remind you all of the rite of passage a lot of us have enjoyed over the years; our first football match.

I, writing this, recall my own memories of heading down to my first match with my Uncle, he was desperate to make me change clubs as I moved back to Sheffield from Birmingham wearing an Aston Villa shirt. He, nor any of my other uncles, cousins and family members were having any of it. Fortunately for him, I had not been to Villa Park yet, he saw it as an opportune moment to switch my allegiances and coerced me to a match on the premise that his team were playing Wolves! (at least I could watch Wolves lose was my logic). Then, those first steps into the stadium and up to the seats, the first view of the pitch, hearing the roar of the crowds for the first time; I was gripped… And as much as this may be controversial to some, I never wore a Villa shirt again.

These stories are available to most football fans up and down the country but we’d like to focus on one today, the story of the Hinds family and, which runs through five generations of supporting The Mighty Blades and visiting Beautiful Downtown Bramall Lane. We recently asked Michael Hinds (4th generation Hinds for the purpose of this story) to speak with his father, Tony, about his first game following Sheffield United Football Club.

“Like so many Blades, support for Sheffield United runs deep in our family. My Dad (Tony) was taken to his first game at the Lane in 1956 by his Grandad, the brilliantly named Cornelius. Despite that first game resulting in a 3-0 defeat to Bristol City (John Atyeo scoring a hattrick), the dye was cast. It was my Dad who then introduced my Uncle Mike (his brother-in-law) to The Blades in 1969. A 2-0 win against Newcastle and an Alan Woodward goal direct from a corner started his love affair with the club. Fast forward to 1987 when my Uncle then took my sister and I to our first games. How can you not be a Blade having witnessed Deane and Agana both scoring hattricks in a 6-1 demolition of Chester City.”

Michael does not stop there, detailing the moment that his father and Finlay (Michaels son) attended Finlays first game. It was here that our club photographer captured a wonderful image of Tony and Finlay, a moment to be treasured for a lifetime.

“Earlier this year, along with my Dad and extended family I took my son, Finlay to his first game. Although that resulted in a 1-1 draw with Brighton, he did get to see one of the goals of the season thanks to a cracker from Enda Stevens.”

However, as wonderful as this is. Not everything in life goes to plan, this was the case recently for Tony shortly after the great image of him and his grandson enjoying the worldie from Enda. Tony the first recipient of our Fans FC Care Package Initiative, a project delivered by Sheffield United Community Foundation and funded by Weston Park Cancer Charity and the PLPFA Fund. 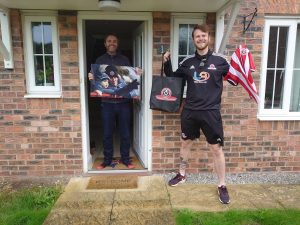 “Unfortunately, not long after the season paused because of Covid my Dad suffered a stroke which has left him disabled down his left side. Shortly afterwards, the Sheffield United Community Foundation delivered their first care package to him. Despite how desperate the situation was at that point, it showed that the club was there to support him, in the same way he has been there for the Blades over the last 60-years. It reminded him that there was light at the end of the tunnel when at some point, we will return to the Lane as a family.”

You see, at the heart of these wonderful ‘first game’ stories will be the person that accompanied them; a parent, carer, a grandparent, brothers, sisters, friends. One day, these brilliant people will join as one of the 1.5 billion people over the age of 65 expected in the next 30 years. It is important to not only remember what they did in youth but what they can do in age, the support that you can provide them which they once provided to another, maybe even to you. That is why Sheffield United Community Foundation are committed to supporting over 65s in Sheffield to be happier, healthier communities for the years to come. If you, or someone you know, would benefit from a care package, becoming part of the Fans FC programme or staying healthy at home with our online services then please email: health@sufc-community.co.uk

“Up the Blades” Michael Hinds, 4th Generation of the Hinds and Sheffield United family.