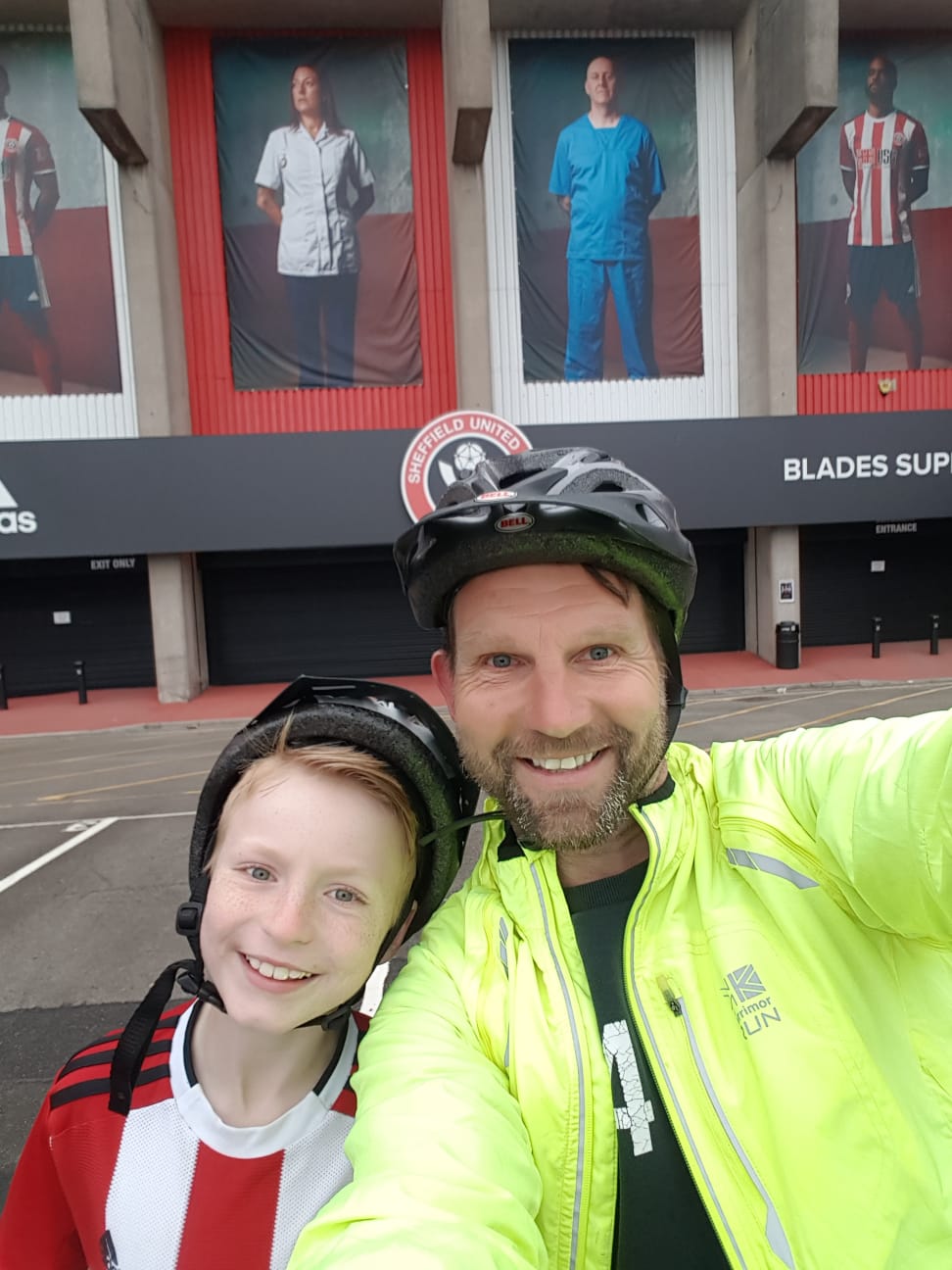 There have been many great examples of support for our NHS throughout the current lockdown, with Sheffield United’s Community Foundation recently discovering the inspiring fundraising effort from young supporter Jack.

After his family were themselves hit by the effects of coronavirus, Jack, aged 9, decided to use his daily exercise during lockdown to try and raise funds for those who have been working hard on the front line, as the country continues to fight the effects of COVID-19.

What started out as a bike ride with an expectation of raising something close to three figures, has turned into a huge effort which has seen the money raised pass the £1,600 mark, as Jack’s Mum, Louise Fenton, explains:

“Jack started cycling for exercise at the beginning of lockdown with his Dad, Mark. The miles started to clock up and we said he should record them to see how far he would have gone had it been one continuous journey.

“Jack suggested he did it for sponsorship money. At the time, my auntie was in the Northern General Hospital with COVID-19, and she was very, very poorly. Their amazing staff took such good care of her and so we decided any funds raised would be for them.

“Jack gave himself the target of riding 175 miles, which is the equivalent of riding from our home in Sheffield to the new Nightingale Hospital in London.

“We have been absolutely overwhelmed with the support. We thought it would be just family who would sponsor him and we were looking at around £100, enough to buy the staff on the ward some hand creams or a basket of refreshments and essentials, but so far he has raised over £1,600! This will be donated to the Sheffield Teaching Hospitals charity. We never imagined he would get such huge support.

“We are very proud of him and very grateful to all who have supported him.”

The rides have been varied but not surprisingly one particular journey stands out as he recently cycled past the home of his beloved Blades.

Jack’s efforts are another great example of how our community has rallied together in the face of adversity.

Well done Jack from everyone at Sheffield United.