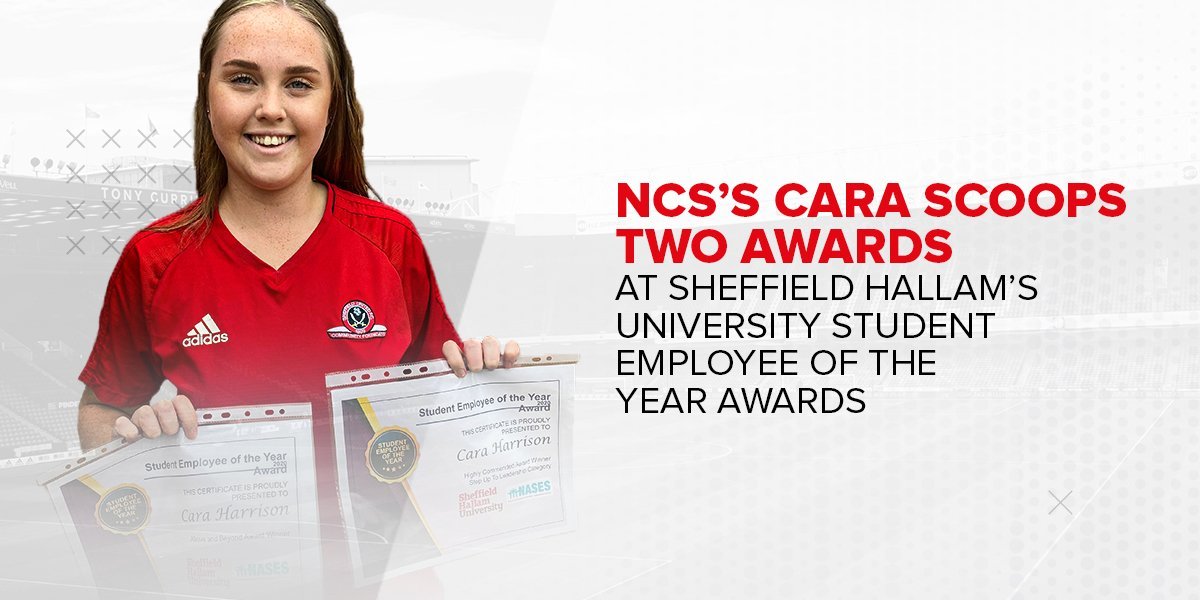 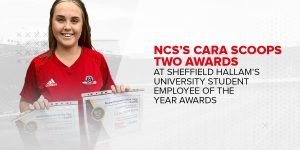 Our very own Cara Harrison was nominated for two awards at the recent Sheffield Hallam University Student Employee of the Year Awards, by her colleagues Adam Ledger and Levi Ashton in the categories of ‘Future Leader’ and Above and Beyond.

We are delighted to announce that Cara has been crowned champion and won both of the awards! A feat that has never been accomplished by anyone, Cara is the first to have gained more than one award, a real testament to all the hard work Cara has put in for the NCS department and balancing her studies alongside this.

Adam Ledger – “These accolades are nothing short of what Cara deserves, as the award titles suggest, Cara often goes above and beyond her call of duty, not only for the NCS department but for the Foundation as a whole, she sets the highest of examples for all to follow and leads by example in everything she does. She is a joy to work with and the world is very much her oyster!”

Levi Ashton – “I’ve seen Cara grow so much over recent years, her dedication to the cause and professionalism never ceases to astound me. She has been a superb addition to our Foundation. It’s fantastic that she has received the awards but certainly not surprising, I can think of no one more deserving”

Cara will now go onto the nominee list for the national award of Student Employee of the Year where she will be up against all the other winners at the other universities across the country, we wish her the best of luck