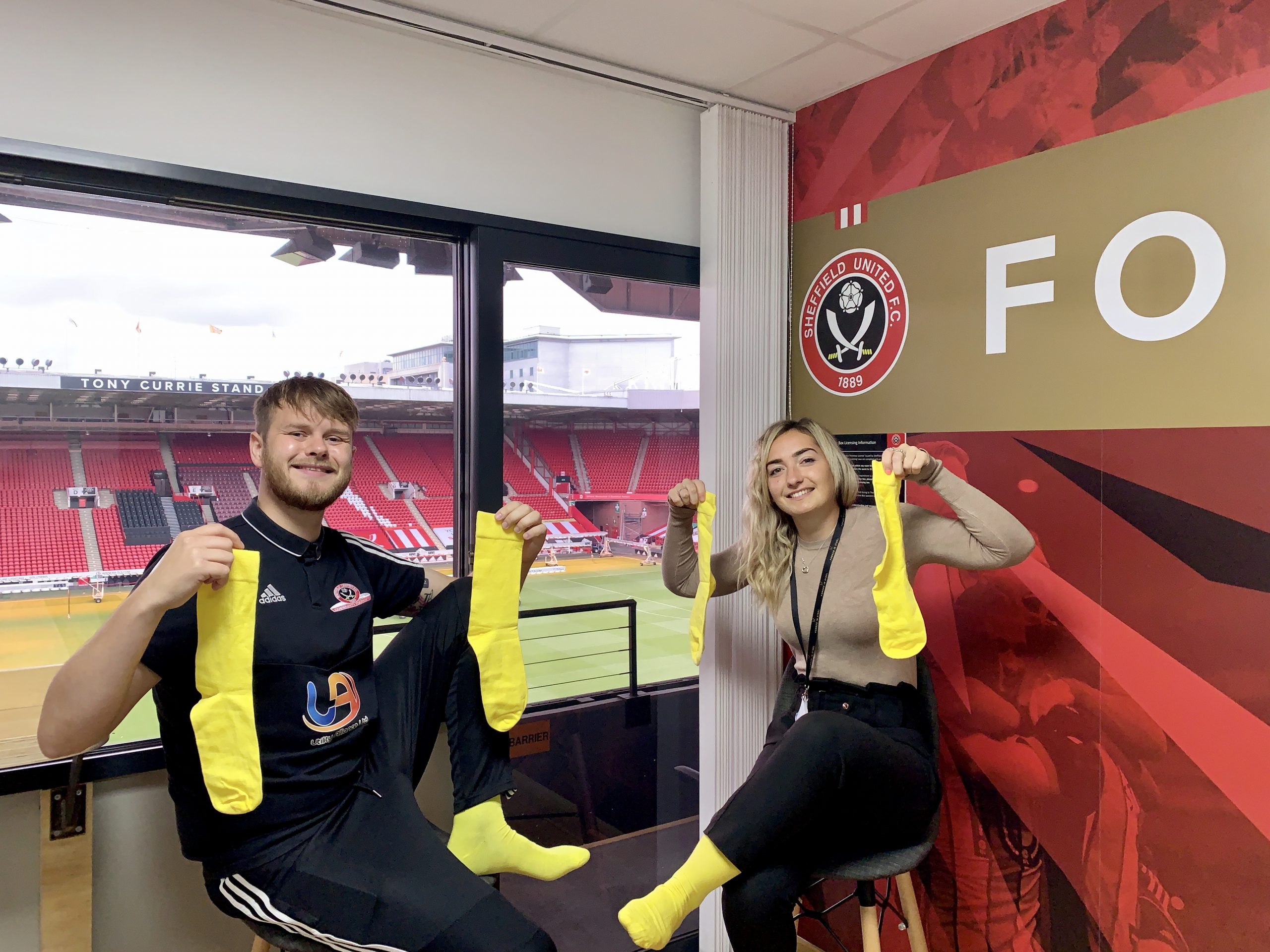 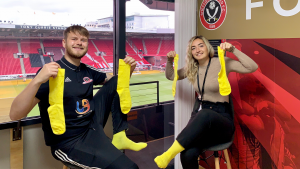 Sheffield United Community Foundation is pulling up their yellow socks to help beat the stigma of youth loneliness, in support of the UK-wide Lonely Not Alone campaign.

The Sheffield United Community Foundation, a charity in Sheffield that aims to provide equal opportunities to people to help and inspire them to unlock their potential has pledged their support to raise awareness of the Lonely Not Alone campaign by showing members of their team wearing the synonymous yellow socks.

Lonely Not Alone asks everyone to show they care about youth loneliness by wearing yellow socks and sharing their ‘Outfit of the Day’ on social media with #OOTDYellowSocks. Young people who made the campaign say yellow socks are their symbol of solidarity when they feel lonely and look to the floor.

Co-op’s charity, the Co-op Foundation, has released UK-wide research in support of the campaign that reveals seven in 10 young people (71%) say they are lonely at least occasionally.

Levi Ashton, Sheffield United Community Foundation’s Health & Wellbeing Manager said: “Loneliness is a terrible feeling, unfortunately loneliness in children is on the rise and only 26% of them even feel comfortable talking about it.

“That’s why we are proud to support the LonelyNotAlone campaign and hope to tackle loneliness in children however we can.”

Lonely Not Alone is funded by the Co-op Foundation.

The Co-op Foundation helps people challenge inequality and co-operate for change, so they can share a fairer future. It has already helped thousands of young people beat loneliness by awarding more than £6.5m to projects UK-wide and helping to develop networks and resources to support youth workers long term.

Jamie Ward-Smith, Chair of the Co-op Foundation said: “Lonely Not Alone is an important part of our long-term commitment to helping young people beat loneliness.

Working through a period that’s been so unsettling and challenging for everyone, it’s been inspiring to see our young co-designers step up to produce such a powerful campaign. And it’s really easy to get involved and show your support.

“That’s why we want everyone to wear their yellow socks, post their selfies online and show they care about youth loneliness. Let’s make sure young people know that even though they might be lonely, they’re not alone.”

Minister for Loneliness, Baroness Barran said: “This year has brought loneliness to the forefront of all our minds, and it’s more important than ever that we look out for our young people.

“I’m pleased to work alongside the Co-op Foundation to raise awareness of this issue, tackle the stigma and encourage people to reach out to someone so that no one needs to feel alone.”

Read about Lonely Not Alone at www.lonelynotalone.org