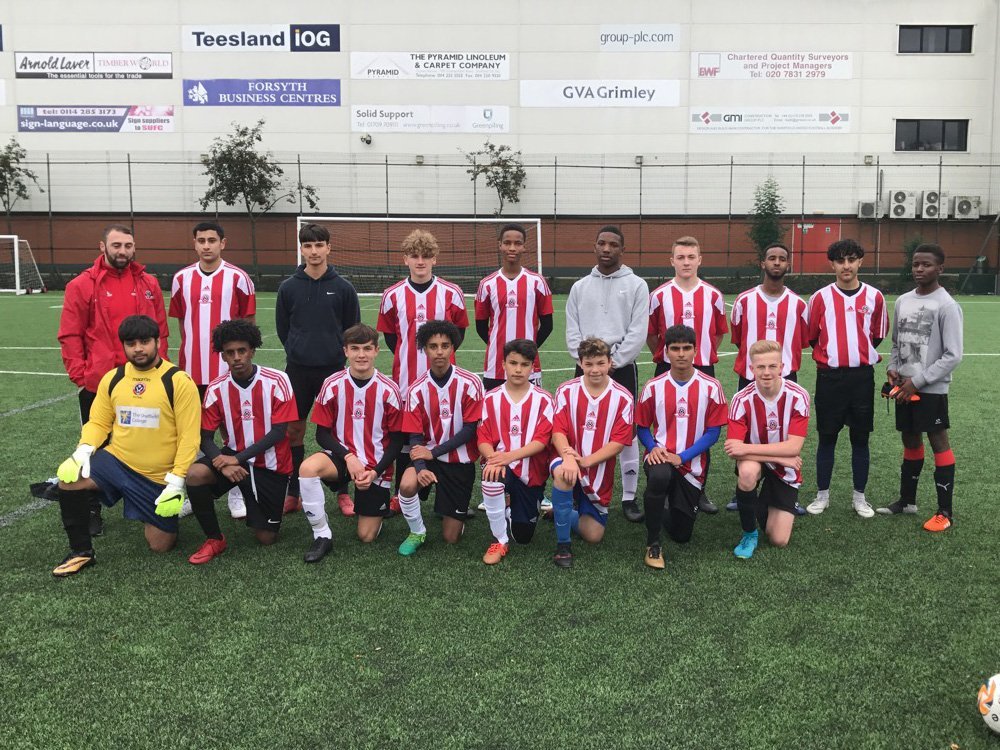 On Saturday 22nd September Sheffield United Community Foundations Premier League Kicks team took to the field at the SteelPhalt Academy for there first fixture of the season.
Players from community football sessions that operate within some of the cities most deprived areas were chosen to represent the Foundation based on merits such as good attendance, behaviour, attitude and respect.
The players were looking forward to there first game together. As soon as they entered the changing rooms and saw the kit prepared, waiting for them you could see the excitement in there faces (Sandro Vashakidze – PL Kicks Coordinator).
After a good warm up and detailed team talk, the team lined up to meet the opposition and start the day with a respect handshake.

For the first 45 minutes it was a very tight game with teams sharing possession. However it was the SUCF team that took the lead following a slick passing move. Huddersfield responded and equalised just 10 minutes later. The Blades began to take control again and it wasn’t long before a great move down the wing resulted in a fantastic cross from Corey and a bullet header from Nuradin. Once again the tables turned and Huddersfield received a penalty just before half time which was missed. Half time score 2-1.

SUCF Kicks came out for the second half and you could see the confidence in them beginning to show as they dominated the game, winning tackles and enjoying possession. We were rewarded with another goal from Akrem who beat several players and finished with a great strike to make it 3-1. In the last 10 minutes, Omar holds off the defender, turns and shoots to finish the game. SUCF Kicks 4 – Huddersfield 1.